Globally managing marine resources is a contentious and complicated process because of the varied and competing objectives of the users of these resources. Overfishing, accidental catching (called “bycatch”), higher numbers of people living on the coast, and greater damage to coastal environments are all threatening sharks, skates, and rays and other like species. Elasmobranchs, in addition to being endangered around the world, recover slowly from population decline caused by humans. Although the shark market within Ghana and exports outside the country’s borders is pretty significant, data and information on shark, rays, skates and other large pelagics such as blue marlins and billfish and therefore stifles sustainable management of these species in the country. Furthermore, this significantly impedes Ghana’s contribution to the conservation and management of these species in accordance with international laws and conventions.  Ghana’s Fisheries Commission is responsible for collecting and maintaining a database on landings and effort. There is evidence that the demand for shark-fins for the growing shark-fin trade for export to the Asian countries and other international markets is driving their direct harvest without controls of some sort, the growing demand for products can have effect on their biodiversity in Ghanaian waters. According to a Ghanaian Marine Biologist, Prof. Patrick Ofori Danson, shark fishing in Ghana is contributing to the reduction of dolphin populations in Ghanaian waters since the local fishermen kill dolphins and use their meat as bait to catch the sharks.

Ghana in 2010 signed the Conservation of Migratory Shark (CMS) Memorandum of Understanding (MoU) in Manila. The MoU requires that migratory sharks listed in the MoU are conserved through provision of adequate management measures by signatory country. Hen Mpoano in 2017, conducted a research into the landings of elasmobranchs and billfishes in three landing sites in Western and Greater Accra Regions where the harvest of sharks and other large pelagics are rife. The study identified the shark fin trade and concluded that failure of the fisheries law to protect and enshrine conservation of sharks is a key driver of its over-exploitation. The study also found that fishers are unaware of the importance of the sharks to the marine ecosystem.

The project sought to improve shark and ray conservation in Ghana by addressing the following objectives;

We supported the Fisheries Commission to design a participatory data collection tool with fishermen for reporting shark catch and provide basis for sustainable management of endangered shark species in Ghanaian territorial waters.

Key achievements of the project included 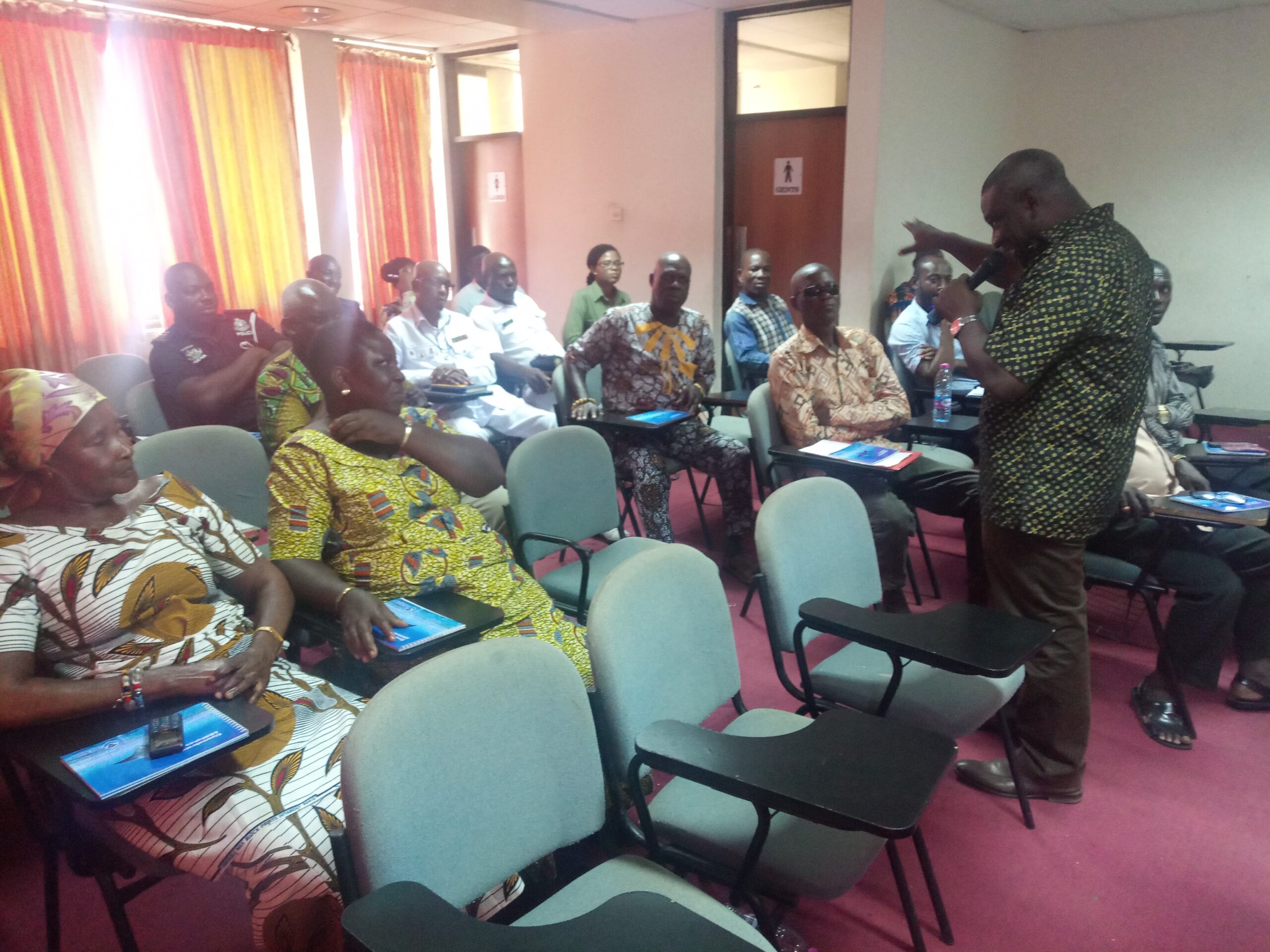 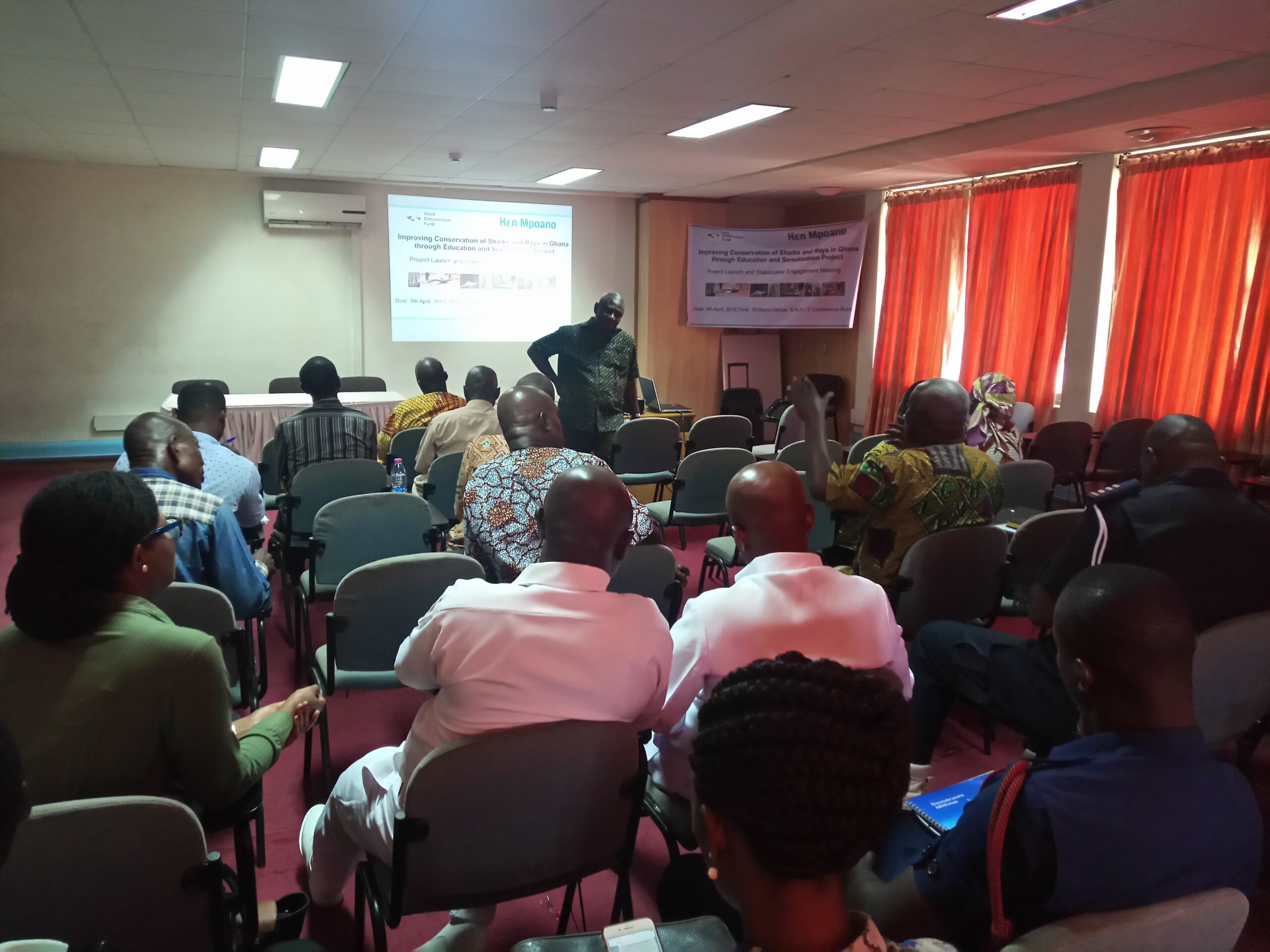 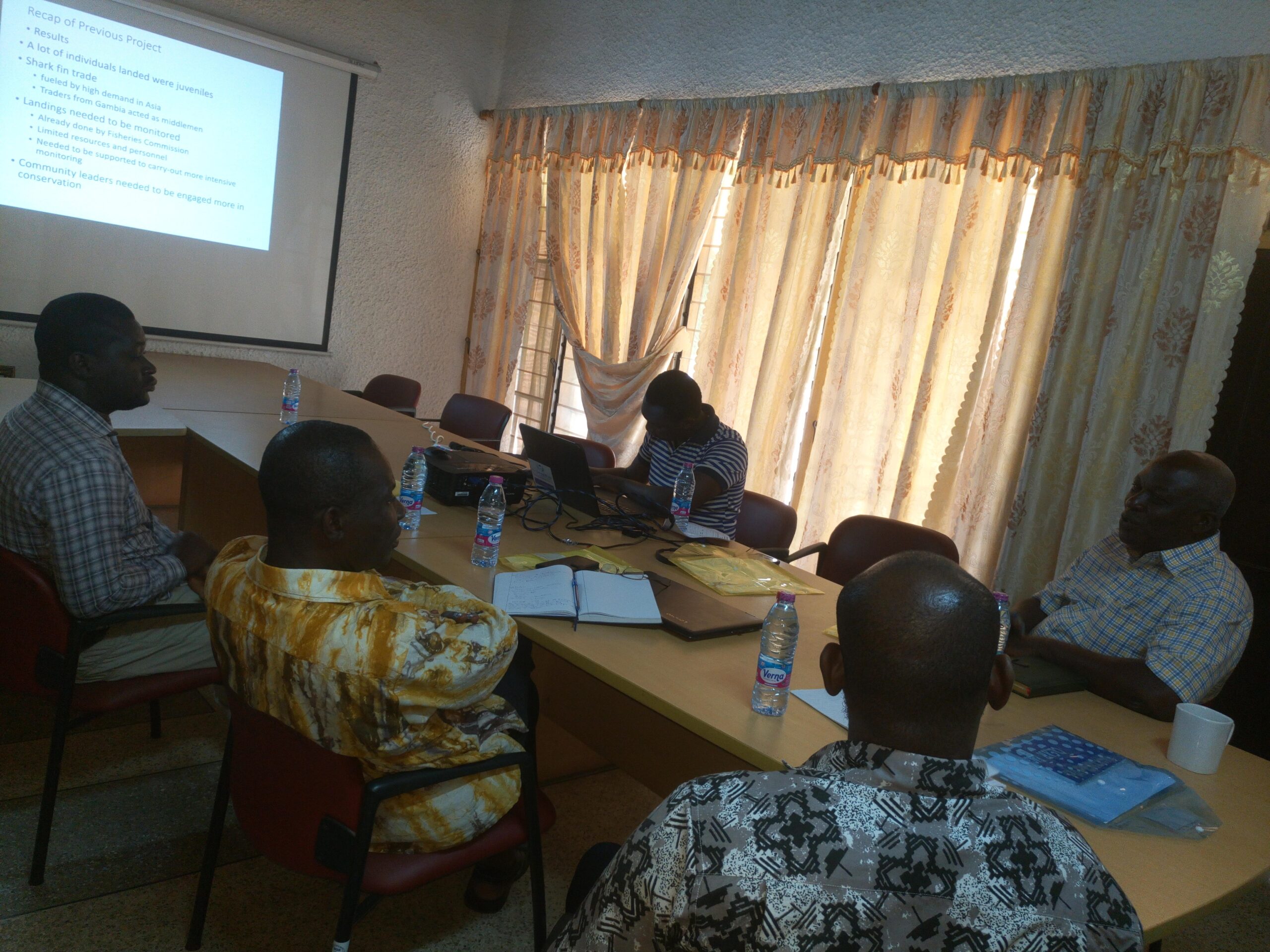